A curated selection of natural wine delivered monthly to your door.
Learn more… 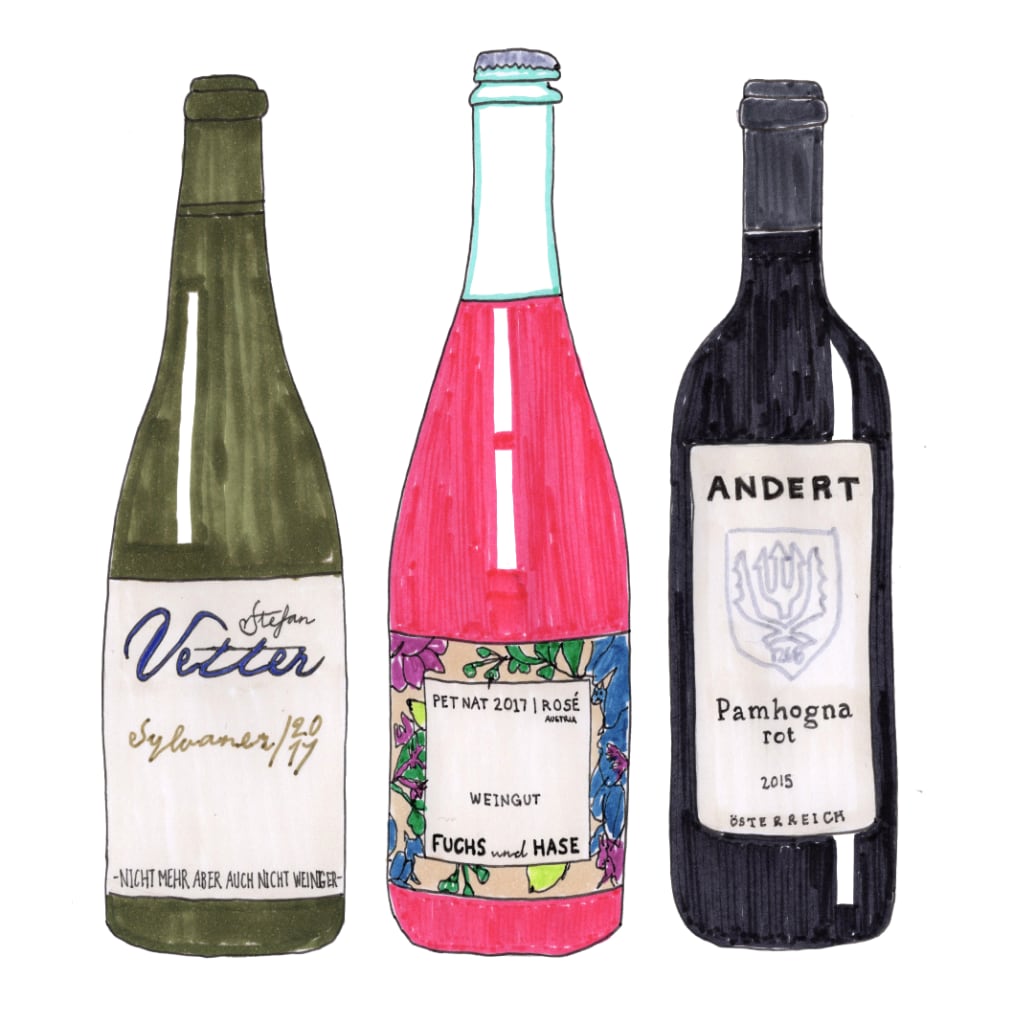 We had an extended conversation about the label for this wine, as it is the same as for his entry-level Sylvaner. However, this one is a tiny batch of bottles made in smaller barrels than he usually uses for the Sylvaner. As he puts it, this results in more balance and depth for the wine. The grapes were pressed directly with no skin contact, and the wine was left for 12 months in the barrel. It’s amazingly low in alcohol and will smell a little like apple peel and herbs. In the mouth, you will have a very salty medium acidic wine that screams for lighter dishes like sushi or pasta with clams.

Interestingly, the wine was made with Zweigelt pressed as Rosé and later the skins of Cabernet Sauvignon were added to the fermenting juice. Once there was enough sugar eaten by the yeast, it was filled into bottles and stored to finish fermentation. It got some rest in the bottle and was disgorged, but will still have some yeasty flavors, which makes it a little creamier and even more tasty. It’s a perfect aperitif and also works well with anything sweet.

As a blend, this red wine had some time to mature in this very cellar. After 7 to 20 days it was pressed and left in the barrel for at least two years. Without filtering it was bottled by hand and finished with a little bit of sulfur. You should definitely open this a little bit in advance, ideally one day ahead of time. With some smooth tannins and darker and spicier notes of blackberry, this should be an ideal steak wine.