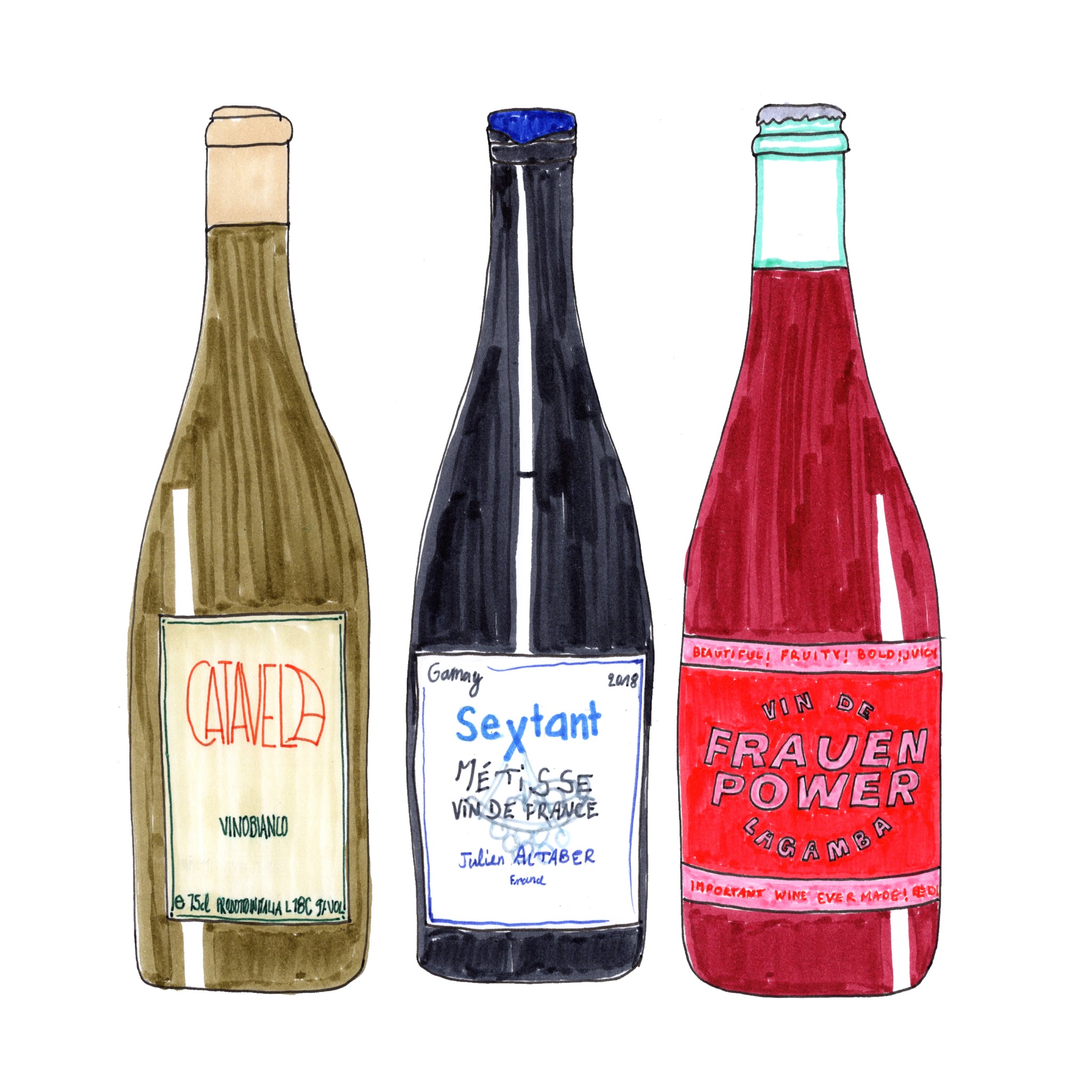 This orange wine field blend is made with comes from some younger plots very high up on the hills. They grow on chalk and stone soils and are harvested at the beginning of September. They are then destemmed and the split into one half, which is skin-macerated for seven days, and the other half is directly pressed. They ferment together for two weeks and then spend eight months on the lees in stainless steel tanks. They are bottled without any added sulfites. The result has some good aromatic stone fruit, proper salinity, and minerality. This is good with cheese or some shellfish to bring home some of those seaside feelings.

Originally this red wine was called Metisse because Julien mixed a little bit of Chardonnay into the Gamay juice, but for the last couple of years, he has stopped adding it. So now it's just pure Gamay. After a partial de-stemming and 10 days of maceration, two-third ferments in fiber tanks. The other third is directly pressed and after fermentation is put back into the mix. And it's nothing you would expect coming from your typical Beaujolais fare. It is more like a Jura red and can be easily chilled as a perfect summer red. With some of the raspberry and cherry aromas and the leftover fizz in the bottle make you want more with every glass. This bottle would be happy to join any balcony barbeque with grilled sardines or merguez.

What came out of this initial vintage is a sparkling red wine made in a Lambrusco style. As Alanna has Italian roots, this is her ode to it, and the name is, of course, her way to call all the women out there. The Dornfelder grapes were harvested in early September and then ran through a carbonic maceration for two weeks, where the fermentation happens in the berry. Then they finished fermentation in wooden barrels, and some Sylvaner juice was added for better acidity. It got bottled with some extra Prosecco juice to make it sparkling in the bottles for the secondary fermentation. And be CAREFUL when you open it: wait at least one day after shipping, have it really cool and open it with glasses nearby to catch all the foam. With this energetic wine, eat some salty snacks or some hearty pasta.